As part of the Upper Snowy Landcare Integrated Erosion Control project a flume is being built to decrease erosion at Crisps Creek near Jimenbuen.  Six inches of rain just as they were starting work gave Mark a perfect opportunity to see where the problem was!  The whole crossing flooded and the project was made all the more difficult due to the downpour.  But they battled on and have made great improvements to the site.  This is an integral part of the project and will be an ideal way to both showcase and test different erosion control methods. 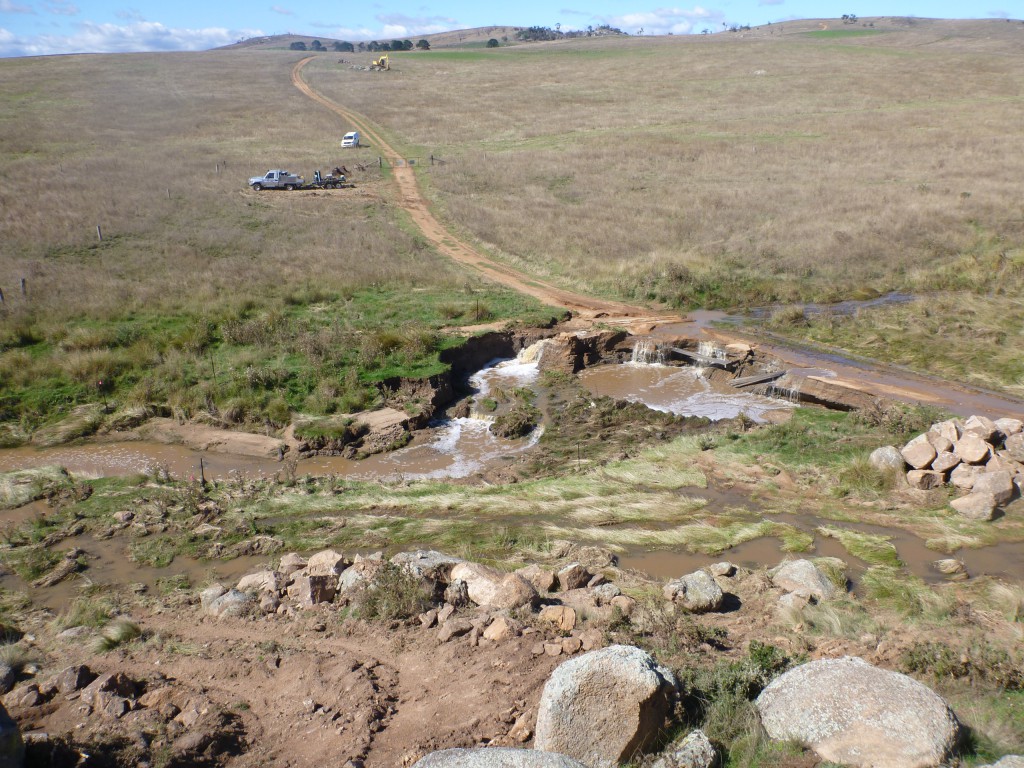 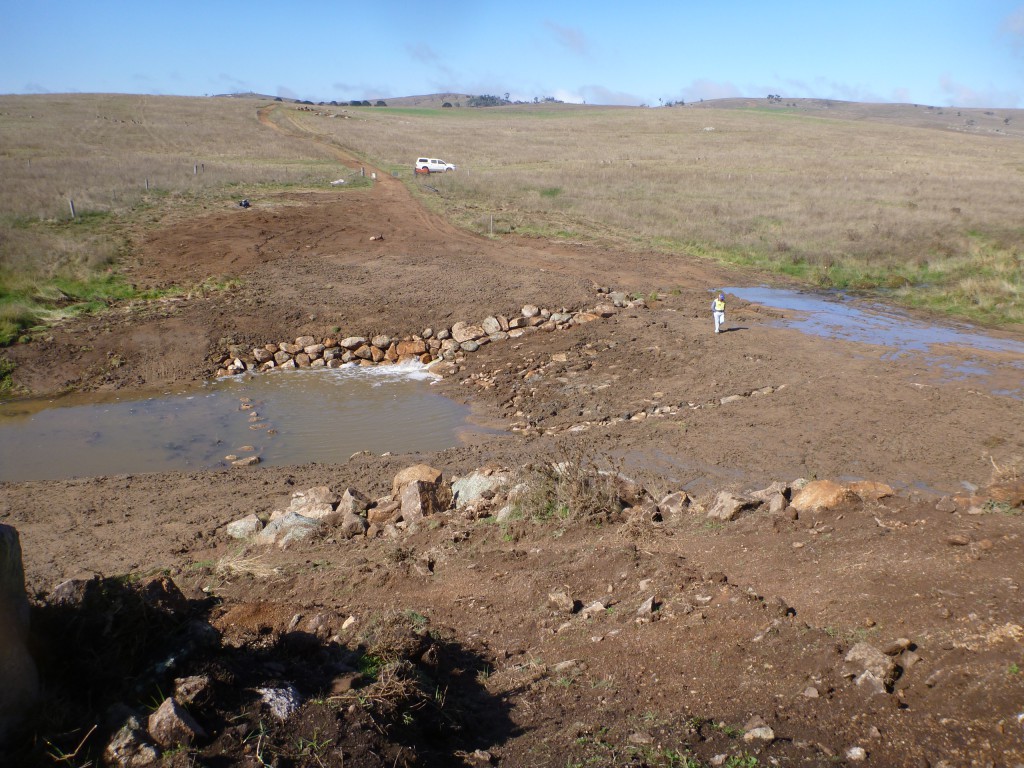 This erosion control project which has been funded through the Federal Governments Caring for our Country initiative is promoting an integrated approach to the causes and impacts of erosion in two ways.

Firstly by promoting awareness of the need to maintain groundcover to prevent wind and water erosion by establishing pasture cropping demonstration sites to introduce the technique for restoring perennial grass species and improving soil structure and soil carbon.

Secondly by undertaking priority works to control rill and gully erosion in the catchment, which is currently depositing significant amounts of sediment into the SnowyRiver.

At the soil health level landholders will become aware of the importance of soil health, especially soil structure and soil carbon, as a predeterminate of wind and water erosion.  Project field days have not only provided landholders with the tools to assess and manage groundcover but have also raised awareness about the role of perennial grasses in improving soil health and the impact of different grazing management strategies in determining root mass and soil health.

The project has introduced landholders on the Monaro to the new technique of Pasture Cropping.  Previously fodder crops have been established through full cultivation of the soil or full kill of existing pastures by herbicides. This results in destruction of soil carbon by cultivation, an increase in the erosion potential with loss of groundcover and the loss of any perennial native grass species in the pasture. The Pasture Cropping technique allows landholders to grow these annual crops without the full disturbance methods of other techniques.

The project area contains land which has suffered from degradation of native grasslands due to cultivation and these pastures typically have lower groundcover levels. The Pasture Cropping technique has proven successful in allowing for the natural regeneration of native perennial grasses. The project has established 3 sites to demonstrate how this technique, which was developed in Central West NSW, may be translated into agronomic practice on the Monaro.

Soil testing at the demonstration site has been undertaken to establish benchmark soil conditions for the site and to act as reference for comparison post project.

The project also addresses the significant erosion potential that has been created in the catchments with active rill and gully erosion. Entrenched rills and gully heads that are still advancing upslope is the primary source of sediment from the catchment. This is also a primary cause of loss of productive land and impact on public infrastructure such as roads.